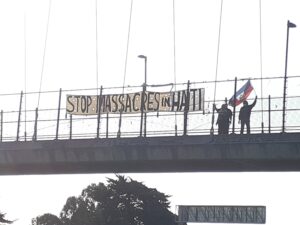 The human rights crisis under the US-backed dictatorship of Jovenel Moise has continued to widen and deepen with the proliferation of “Tonton Macoutes” style death squad repression across the country. In Haiti, impunity continues to embolden the reign of terror against the population by the Haitian police and affiliated death squads such as the “G9” headed by former policeman Jimmy “Barbecue” Cherizier.  Notorious for its repeated human rights violations against peaceful demonstrators and community residents, the police trained mostly by the US and Canada as part of the nearly 17-year UN occupation since the 2004 coup d’etat, once again lived up to its murderous reputation. On November 18, 2020, as demonstrations ended, a police vehicle at high speed ran over two protestors on a motorcycle leaving the Channmas (Champs-de-Mars) area, as depicted in the attached video. Horrified witnesses identified the BOID police unit vehicle as they rendered assistance to the gravely injured. Three peaceful protestors were deliberately killed by the police. The newly appointed police chief Leon Charles, accused of gross human rights violations in previous years, sent out his praise for the actions of the police.

This latest act of brutality builds upon a systematic campaign of terror by the regime that has been intensifying over recent months. World condemnation of the regime and solidarity with the Haitian people are urgently needed; actions are listed at the bottom of this article. 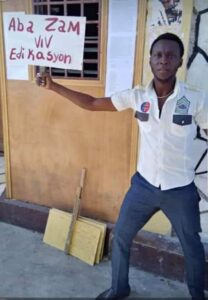 Gregory Saint-Hilaire with sign: Down with Weapons! Long Live Education!

On October 2nd, 2020, university student leader, law student, and teacher-in-training Gregory Saint-Hilaire was shot in the back inside of the university by Jovenel Moise’s special security unit within the Haitian police that had illegally invaded the campus. Saint-Hilaire was an outspoken pro-democracy activist who had been calling upon students and faculty to denounce government corruption, massacres, and Haiti’s rapid descent into dictatorship. After being shot Saint-Hilaire was prevented from receiving medical care for 4 hours or more and died. The next day, university students accused the Haitian police of involvement in setting the school library on fire.

Gregory Saint-Hilaire’s murder came on the heels of the assassination of Monferrier Dorval, a well-respected Haitian lawyer, constitutional scholar, and head of the Port-au-Prince Bar Association, who was killed on August 28th, 2020, literally within hours of speaking out against the regime in a radio broadcast.

As noted by US Representative Maxine Waters in a powerful letter of protest directed to US Ambassador Michele Sison on October 5th, 2020, “Dorval had previously signed a statement denouncing more than two dozen presidential decrees signed by Moïse and calling for them to be recalled. Dorval’s murder followed the murder of at least two other prominent Haitians, Radio Caraibes host Frantz Adrien Bony and Haitian businessman Michel Saieh; all three were killed over a two-day period.” 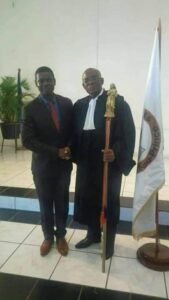 Meanwhile, massacres, extrajudicial killings, and the burning of houses by the regime’s surrogate “G-9” death squad in popular, impoverished Port-au-Prince neighborhoods such as Sity Soleil, Lasalin, Tokyo, and Bel Air have become regular occurrences. G-9 refers to a highly armed network of paramilitary affiliates of the regime (labeled “gangs” in the media) led by former police officer Jimmy Cherizier, aka “Barbecue.” Even children and pregnant women have not been spared by the G-9 during these massacres. In Cite Soleil, on July 12th, 2020, Merijouna Fleurimont, an 8-month old baby, was shot in the head and killed by the G-9 death squad in the course of its assault on the community. 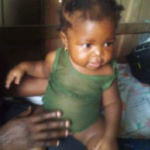 Two weeks later, also in Cite Soleil, 27-year old Gyrlande Polis, 8 months pregnant, was shot and killed by the G-9 death squad. As with the notorious Lasalin massacre on November 13th, 2018— perpetrated by G-9 leader Cherizier along with paramilitary affiliates and police officers of the regime– these more recent massacres are targeting unarmed civilians in popular neighborhoods that are bases of Lavalas opposition to the regime. Lavalas is the mass movement for democracy and human rights in Haiti led by the poor majority.

Working-class women in popular neighborhoods are subjected to rape by regime forces as part of their war on the Haitian poor. One example among countless such crimes was the murder of Christella [last name witheld due to security concerns] on August 25th, 2020 in Lasalin.  She resisted an attempted rape by a G9 death squad member and he shot her in the head in front of her child. This provoked outrage in the Haitian popular movement and progressive media, but received no coverage whatsoever here in the US media. 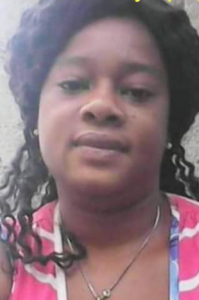 Christella, killed by a G-9 death squad member after she resisted attempted rape

Similarly, the US media failed to cover a protest by Haitian youth who took to the streets on November 5th, demanding justice for Evelyn Sincere and an end to impunity, though it was covered in Haitian media. Evelyn Sincere was a resident from the impoverished neighborhood of Grand Ravine and a senior at Jacques Romain High School in Port-au-Prince. She had been active in the pro-democracy movement. On October 29th, she was kidnapped and held for a $100,000 ransom. Though her family desperately tried to raise money, her body– bearing marks of extensive torture and rape– was found in a trash dump on November 1st. It is widely known on the ground in Haiti that G-9 was responsible for her abduction and murder, as part of their ongoing terror campaign against the people.

Soon after Evelyn Sincere’s abduction, torture, and murder, Joseph Etienne also known as “Papayi”, a long-time community leader in the Port-au-Prince neighborhood of Kafou (Carrefour), was snatched in downtown Port-au-Prince and beaten with iron bars by the G9 death squad on November 5th, 2020. Left for dead on a pile of trash near the “Tet Bef” farmers’ market, he was rushed to the hospital where he died from the torture/beating. At the time of his abduction, he was wearing a Fanmi Lavalas t-shirt which the G9 assassins forcibly tore apart after he had refused their order to remove it.

On November 18, 2020, as anti-regime demonstrations ended, a police vehicle at high speed ran over two protestors on a motorcycle leaving the Channmas (Champs-de-Mars) area. Horrified witnesses identified the BOID police unit vehicle as they rendered assistance to the gravely injured. Three peaceful protestors were deliberately killed by the police. The newly appointed police chief Leon Charles, accused of gross human rights violations in previous years, sent out his praise for the actions of the police. Impunity continues to embolden the reign of terror against the population. Notorious for its repeated human rights violations against peaceful demonstrators and community residents, the police trained mostly by the US and Canada as part of the nearly 17-year UN occupation since the 2004 coup d’etat, once again lived up to their murderous reputation. 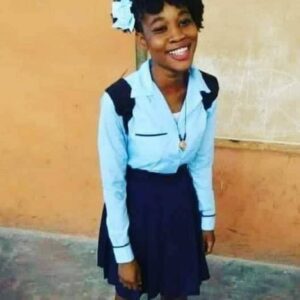 A video titled “Victims of the Regime of Jovenel Moise (2017 to present)” represents a “Say Their Names” musical tribute with the refrain “Na sonje (let’s remember).” It provides a partial list of the many killed by Jovenel Moise’s security forces. The video includes part of an interview with Gregory Saint-Hilaire.

While the regime has escalated its repression and killings, the US government has increased its level of funding for and provision of weapons to the regime’s US-trained police. As reported on August 31st, 2020 by the Center for Economic and Policy Research: “Earlier this month [August], the State Department notified Congress that it was reallocating $8 million from last year’s budget to support the HNP [Haitian National Police]. Since Trump took office, the US has nearly quadrupled its support to Haiti’s — from $2.8 million in 2016 to more than $12.4 million last year. With the recent reallocation, the figure this year will likely be even higher. US funding for the Haitian police constitutes more than 10 percent of the institution’s overall budget.”

The US government continues to provide key support for the regime, propping up its power despite massive, unyielding protests by the Haitian people. The US government continues to support the regime’s plan to hold illegitimate elections and maintain its death grip despite the fact that truly fair and free elections are impossible under such a regime.

Likewise, the UN continues to provide critical international support for the regime that is a malignant outgrowth of the US/UN occupation of Haiti following the US-backed coup d’etat against President Aristide on February 29th, 2004. In an appalling statement, the UN Secretary General Antonio Guterres credited “the strengthening of G9 control in parts of the [Port-au-Prince] metropolitan area” with an alleged reduction in intentional homicides of 12% between June 1 and August 31. Undoubtedly, the alleged reduction in “intentional homicides” does not include the victims of G-9 massacres like Gyrlande Polis.

In contrast to the UN Secretary General’s whitewashing of the violence in Haiti, even The Washington Post noted on August 14th, 2020 that, “But for his long-suffering countrymen, Cherizier’s G9 is evoking the horrors of the Tontons Macoutes, the government-backed paramilitaries that terrorized Haiti for decades under dictator François “Papa Doc” Duvalier and his son, Jean-Claude.”

The Haitian people are engaged in a life-and-death struggle for genuine human rights and national liberation. Now, more than ever, our solidarity is needed. Take action and demand an end to US and UN support for the dictatorship of Jovenel Moise and the ruling PHTK party!