Stop the Repression. NO NEW ARMY! 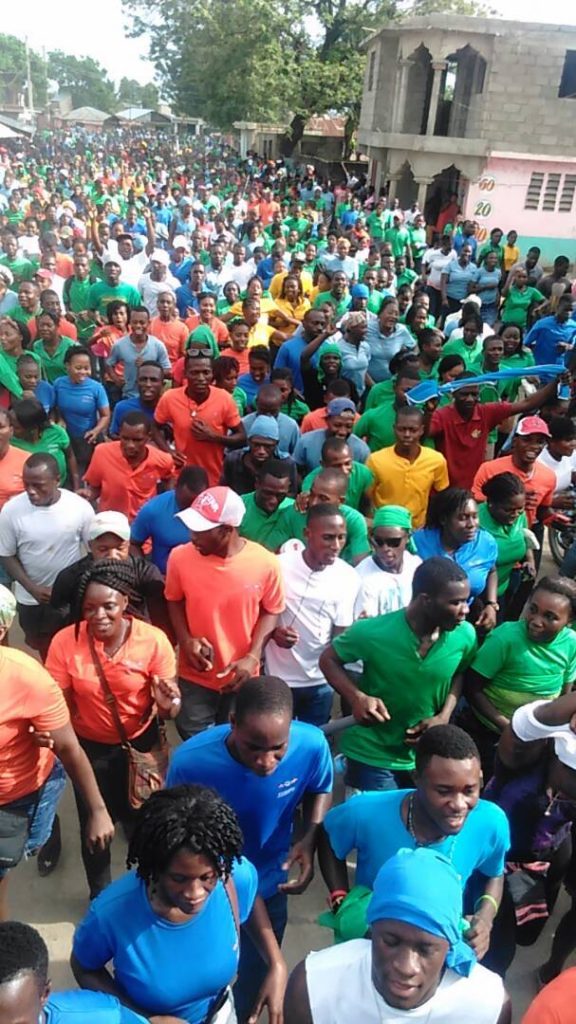 The people of Haiti need our solidarity in the face of the increasing violence of the fraudulently imposed government of Jovenel Moise. Last Thursday July 14, 2017, in Petionville, Haiti, near Port-au-Prince, a young book vendor was shot to death by a police officer in front of horrified witnesses. The police used tear gas and batons against a crowd outraged by the murder and the quick, forcible removal of the body in a perceived attempt at a cover up. This is the latest of recent extra-judicial killings by the Haitian police and paramilitary forces.

The brutal killing occurred as the occupation government of Jovenel Moise, installed in the fraudulent elections of November 2016, is pushing to restore the brutal and corrupt Haitian military, which was disbanded by then-President Jean-Bertrand Aristide in 1995. Moise has stated that he wants the Army back within two years. Haitians remember the US-supported bloody rampage by former members of this army that claimed thousands of lives during the period of the 2004 coup d’etat against the elected government. The US/UN forces and occupation governments subsequently integrated many of these killers into the Haitian police and government paramilitary units.

This announcement takes place at a volatile moment in Haitian society. The Haitian police and other government paramilitary forces, accompanied by UN occupation forces, have carried out criminal attacks against protesting teachers, students, factory workers, market women, street vendors and others who are victims of government extortion, theft of land, money and merchandise.

Now this infamous military is being restored just as the United Nations is said to begin a staged withdrawal of its troops. This is similar to what happened following the U.S. occupation of Haiti from 1915-1934, a period in which 20,000 Haitians were killed. As the U.S. forces withdrew, they left in place a neo-colonial army with Haitian faces to do their bidding and continue the repression of popular discontent.