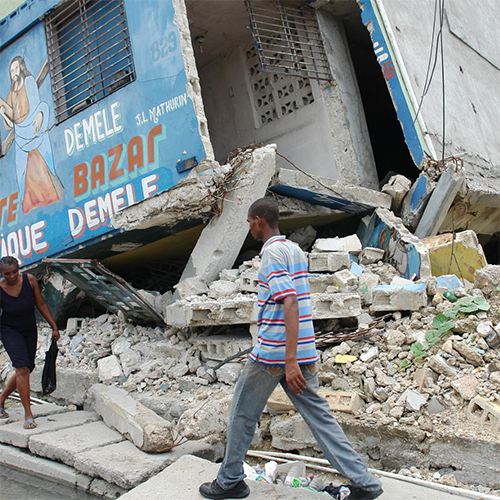 On January 12, 2010 the earth trembled, more than 300,000 Haitians died, and hundreds of thousands more were left homeless. Generous people worldwide donated millions of dollars, but much of this money never reached Haitians on the ground. Under UN occupation since the coup that overthrew elected president Jean-Bertrand Aristide in 2004, Haitians have since been battered by a cholera epidemic introduced by UN troops from Nepal, hurricanes, and a series of vicious, kleptocratic governments forced on Haiti by the United States, Canada, and France. Undaunted, the Haitian majority bravely continues to organize a mass movement calling for the overthrow of the imposed government, providing inspiration to all who struggle for freedom and democracy.

Watch interview: Another Shock for Haiti